Hirundo Maris has sought new musical worlds and forms of expression since its foun- 45 dation by Arianna Savall and Petter Udland Johansen in 2009. The main directions
of our musical work have always been early music, focusing on the Middle Ages, the
Renaissance and the Baroque in particular, and folk music with its mediaeval ballads,

improvisations and original works. We have now chosen to strike out on a completely different path: the art song was an extremely important genre in the 19th century, with works by Schubert, Schumann, Brahms, Fauré, Debussy, Mompou, Toldrà, García Lorca, M. de Falla and Grieg amongst many others; we now dedicate ourselves to this tradition with our latest project, Poésie et Musique.

Hirundo Maris has delved deeply into the tradition of art song, whose history can be traced back to the mediaeval troubadours and minnesingers. This musical form can be described as small operatic miniatures lasting from five to six minutes; here, with

the help of guitarists Michal Nagy and Michal Pindakiewicz, we have arranged them for soprano, tenor, triple harp, violin, mandolin, two guitars, double bass and percussion.

Many great composers have considered the art song as one of the noblest genres, a symbiosis between word and music; Poésie et musique is our own musical expression of this treasury of song. The spirit of Hirundo Maris is very much to be seen in the choice of material, with songs whose origins range from the sunny Mediterranean to frosty Scandinavia.

Language, art, music, consciousness and magic are all facets of the same phenom- enon. These phenomena speak to us on an inner level that allows us to forget time and space, a level in which everything becomes one, so that we may dwell in the same sublimity of time as the Eternal. In this manner that we can experience and exist, through our imagination and creativity, in the same space where music was created. Yesterday − Today − Tomorrow.

A Hirundo Maris project will always have its own personal touch. The composers intended these works for voice and piano; it’s not that we wish to improve on them — we don’t even want to try — but performers can and must make this music their own. We needed to arrange these songs for Hirundo Maris, our own ensemble, and approach their rich treasure of words and music from our own perspective. We in fact used the magic formula solve et coagula, in which something is broken down into its smallest individual parts and then reassembled to personal taste.

This inner world leads us from F. Garcia Lorca’s Andalusia into a world where strong personalities and characters meet, and in which we learn about the great power of love in three cultures. We dance and sing with the wind in which the roses move slowly in the lazy summer heat, whilst we bathe in the fragrances of Nature’s leaves and blossoms. We feel the unbearable pain and sorrow that drove Ophelia to throw herself into the dark waters.

How wonderful wouldn’t it have been, to dance till dawn with your beloved, to walk together on a deserted beach, to look deep into each other’s eyes and understand in silence how much you love each other. Childhood memories fill our consciousness with the dream of eternal paradise; Solveig, waits faithfully in a love that gives hope and comfort to us all. There is always a goal for which we strive; once spring has come in April and May, we may then experience the never-ending bright nights of summer.

You know no limitations: you can wander within yourself by day and by night, you can be enraptured by the waves of the sea, and then rest in night’s wondrous dreams. Let magic work through poetry and music, leave your habitual surroundings — everything can and will happen in your world of fantasy and dreams. 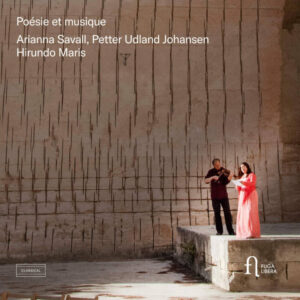