Since the founding of her ensemble Hirundo Maris in 2009, the Catalan harpist and singer Arianna Savall and the Norwegian tenor and violist Petter Udland Johansen have dedicated themselves to music from the Middle Ages to the Baroque. And a special focus is on Mediterranean and Nordic music. For their album “Silent Night – Early Christmas Music and Carols”, the two musicians and ensemble leaders have now selected traditional Christmas songs from the North and South. They invite you on a journey of sound into the magical world of centuries-old winter, Advent and Christmas music. The programme includes the German song “Stille Nacht” as well as the Norwegian Christmas song “Mitt hjerte alltid vanker”, the Provencal “Ô nuit brillante” and the Catalan “El cant dels ocells”, which Arianna Savall’s famous father, the legendary early music pioneer Jordi Savall, arranged for the recording. The expressive voices of Arianna Savall and Petter Udland Johansen create an atmospheric dialogue with the multifaceted instrumental voices. The sounds include cheerful bagpipes, a virtuoso cornetto, the poetic slide guitar “Dobro” as well as violins, flutes, harps and percussion
The musicians of Hirundo Maris all come from many European countries: Norway, England, Germany, Poland, Spain and Catalonia. Accordingly, the recording of beautiful melodies has also
become
a kind of sound mirror of the diverse musical traditions of the European Christmas party
.

“The singing of the heavenly Christmas music brings us peace and hope for all,” says Arianna Savall. “Singing is one of the best ways to bring people together. It’s very spiritual. We can’t touch it, but we can all feel it deep in our hearts.” 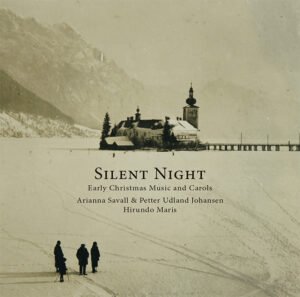